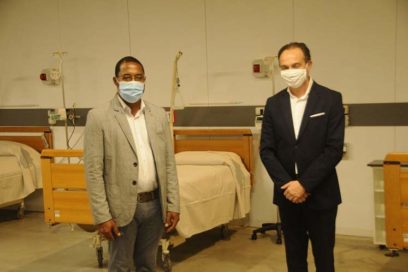 Cargando…
The field hospital where the second medical team sent by Cuba to help fight the Covid-19 in Italy was inaugurated on Saturday in the northern city of Turin. 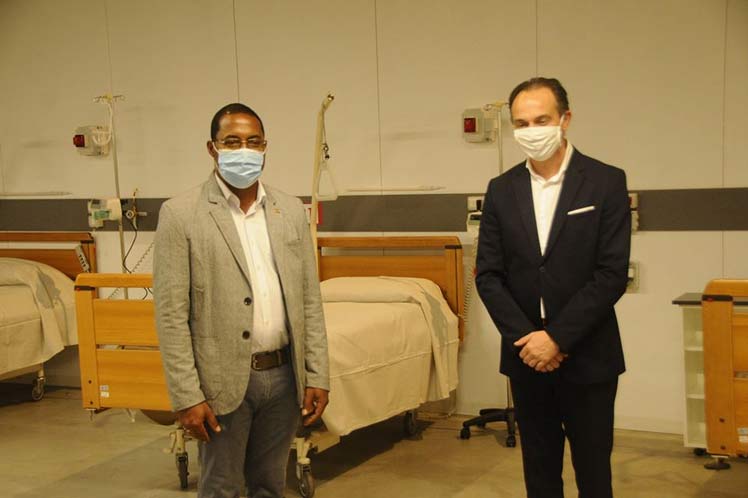 The opening of the facility put up by the Military Aeronautics with the participation of local authorities and other public and private institutions of the Piedmont region, took place with a virtual press conference chaired by Governor Alberto Cirio.

Dr. Julio Guerra, head of the Cuban health staff, thanked ‘the magnificent attention’ the group of collaborators has received from the authorities and all the people who have shown them ‘much affection and love’, and reiterated their willingness to remain there as long as it is necessary.

‘I believe that in this very difficult moment that humanity is undergoing, our response could not be any different,’ he said, recalling that Cuban assistance in the field of health ‘has a history of 55 years in several countries,’ although, he specified: ‘this is a different and unprecedented situation.’

The 92-bed temporary hospital, including four intensive care units, was set up in just 12 days in an area of the former industrial complex known as the Oficina Grandes Reparaciones (OGR), which in 2017 became a large complex for holding events and providing space for art and culture in general.

The group of Cuban health professionals is made up of 21 doctors, 17 nurses and a logistics coordinator, who will work together with Italian colleagues in caring for patients diagnosed with the new coronavirus. They will start working on Sunday. (Taken from Prensa Latina)