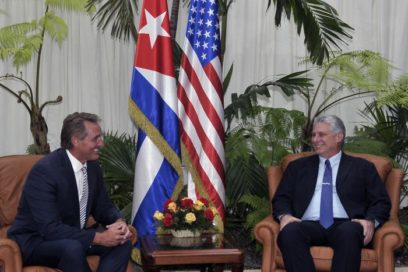 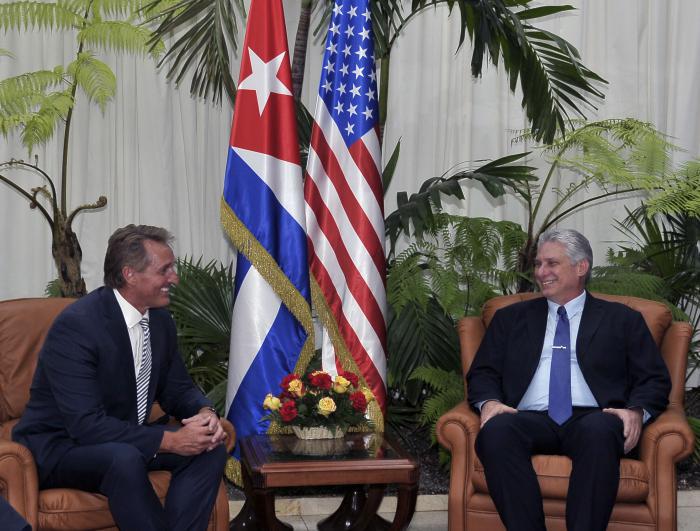 During the meeting, the three discussed the state of bilateral relations between Cuba and the United States, as well as possible cooperative efforts of mutual interest.

Accompanying the distinguished guests was the U.S. chargé de affaires in Cuba, his Excellency Philip Goldberg.
Also present on the Cuban side were Foreign Minister Bruno Rodríguez Parrilla, and the ministry’s director general for the United States, Carlos Fernández de Cossío Domínguez. (Taken from en.granma.cu)