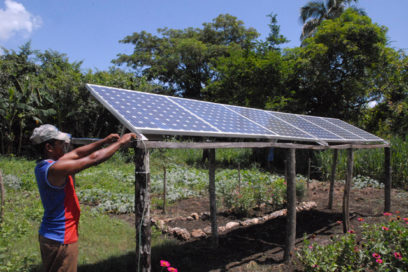 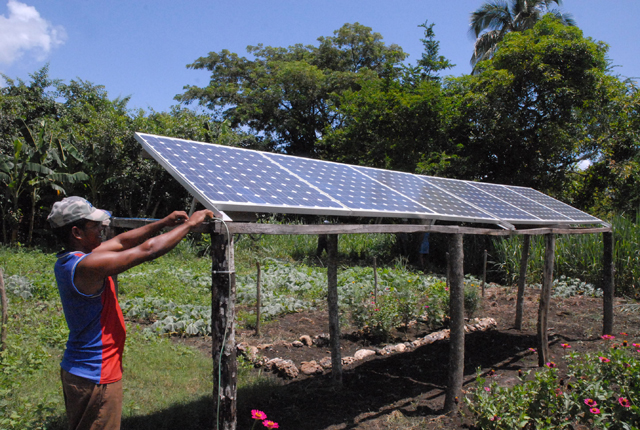 In the north-eastern province of Las Tunas, in Cuba, the workers from the electricity company are absorbed in two ambitious jobs aimed to a better and greater exploitation of two alternative power sources: the Sun and the winds.

The program includes the assembling of an Aeolian park in the farthest north eastern region of the territory, where there is a beach called La Herradura, a location where the works run as planned. They are now in the period of building temporal facilities, the cleaning of the roads and preparing the land.

According to the information given by specialists from the main entity, the inversion is 100 percent Cuban currency and the technology comes from the Republic of China.

This Aeolian park at La Herradura beach, from Jesus Menendez municipality will be the greatest of its kind in Cuba and will have a capacity of 50 mega/watts of power.

They also plan the installation of five photovoltaic parks with the same goals, whose feasibility studies are at present in regions from municipalities chosen to carry out the jobs.

As it was informed to the press by officials from the electricity company in this territory, in Jobabo municipality at the south of the province, the first of the inventiveness will be built, and will start to work next year, as part of the fist period that also includes similar ones in Manati, Puerto Padre, Amancio and Las Tunas.

Experts on the topic in the province foresee a promising future to these projects whose need in based on the fact that the 97,5  percent of the power the territory consumes is locally generated and it also needs alternatives that will help save energy, whose prices in the international market are almost inaccessible.

They also base their initiatives on the natural conditions of this region, which help these practices and has demonstrated its benefits, because they have helped save 15,464,54 tons of fuel oil with a cost of 10,832,178 convertible pesos (CUC) and had also reduced the emission of carbon dioxide to the atmosphere in more than 48,000 tons.

These programs are included in the country’s strategy, which are aimed to at least generate the 10 percent of the power energy in 2030 on the basis of renewable sources.